Review: Movie-Musicals Continue to Appease with Latest, Disney’s Beauty and the Beast

Disney’s latest movie-musical, Beauty and the Beast hit the screen two weeks ago and it has dazzled and delighted audiences as well as the producers. Though what does Luner on Theatre think about the new film that spans just over two hours.

Let’s get into it!

The movie starts off quite rushed and before you know it, “Be Our Guest” is being performed. The added back stories regarding Belle’s mother and the Beast prior to his creature state are unique to the film, yet fitting. And speaking of fitting… original songs not apparent in the original, animated film or musical blend very nicely into the storyline.

Although the plot wasn’t authentic at times, the title songs were spectacular from top to bottom. The one title song missing that was a true choice to cut was “Human Again.” Yet other cuts from the musical and original movie were made in good taste.

The artistry was exceptional and audiences truly felt for the enchanted objects as the spell was set in stone. Yet emotions were unavoidable as they eventually became human again.

Finally saw Beauty and the Beast. Luke Evans as Gaston stole the show, and Josh Gad as LeFou was absolutely hilarious. Loved it.

While were on the topic of Lefou… the hubbub of his character being gay was overdramatized and out-of-place. While the creative choice wasn’t subtle throughout the film, it wasn’t overbearing either and I believe it added a unique touch to make the film more relevant in today’s cultural climate. 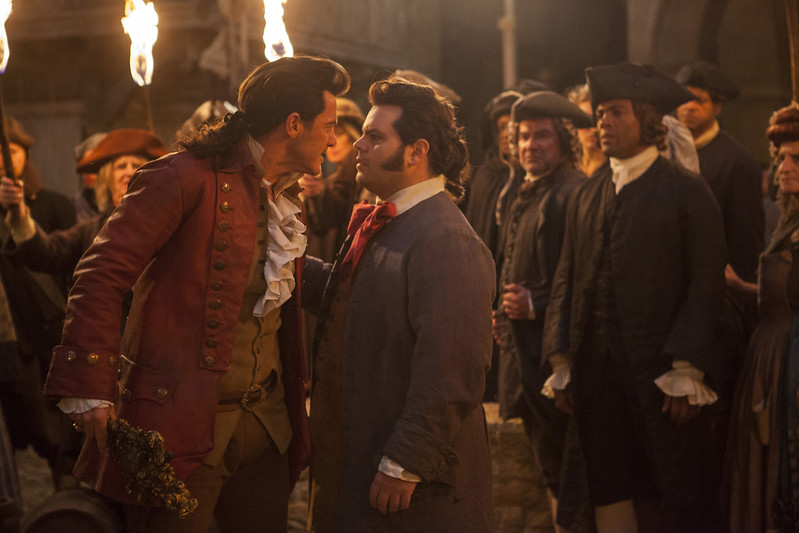 Overall, I was thoroughly pleased from start to finish of this film… and obviously others agree as it continues to make waves at the box office. If I had to rate… I’d give it a 8/10 and I definitely recommend for all audiences, regardless of what the critics say.

On the North East tip of North America, there's an island... 🌎
Putting On Our War Paint! 💄
Snow Day On Broadway ❄️
New Site, Who Dis? 💻 We've officially launched the revamped Luner on Theatre this morning! Head over to lunerontheatre.com to check out all the exciting news & features including this, our new official logo!
Broadway's Lin Manuel Miranda on the Oscars introducing Moanna! 🌊
We All Come From Somewhere. We All Come From Away ✈️

About Luner on Theatre

Luner on Theatre was a blog created for the sole purpose of being a forum for theatre discussion on the Internet and social networking sites. Luner on Theatre is not only a theatre news-reporting site source, but is also a site that works to publish topics that will spark discussion among those working in the theatre industry and the fans that support it.